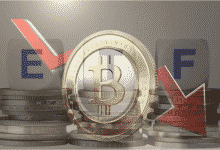 The eminent figures in the cryptocurrency industry, Winklevoss brothers had earlier submitted a request to the regulation authorities of the United States of America, that is, the Securities and Exchange Commission, for the permission of establishing an ETF that would be based on Bitcoin. However, SEC had announced that it has rejected this plea from the Winklevoss Twins. This has in turn affected the market value of the popular cryptocurrency, Bitcoin and there can be noticed a slump in its price from what it had been before. That is to say, that it has come down from the mark of eight thousand dollars it had reached in the previous week.

The details about the matter state that this was the second time the issue was being reviewed by the SEC, the plea is rejected but SEC has allowed the opinions from the sector about its review. There were several loopholes in the first review of the SEC according to the owners of Gemini exchange, that is the Winklevoss twins, therefore in the second review, SEC decided to look at the application with a “clean slate”, that is, completely disregarding the points from the previous review, notwithstanding the previous problems that were indicated about the application submitted. However, the request was declined the second time as well.

It is necessary to keep in mind that this was amongst the first exchanges to request an ETF in the market. Therefore, the fate of this ETF will be a lesson for the different exchanges that have similar ambitions from the sector. It is necessary to mention that SEC follows a set of norms which have to be complied with to be able to gin permission for such a venture in the industry of cryptocurrency. The first norm that SEC takes into consideration is the ability of the exchange to stand firm against the attempts of hoodwinking and practices which might put the investors at risk, this has been the prime consideration of SEC in coming to decisions of this kind. SEC was firm in its belief that Bitcoin, popular as it is, does not provide the security that is required for undertaking such ventures. There is a chance that the investors are exposed to the risk that such a plan may entail in the future. It is after the careful consideration of the ability of the exchange to prevent malpractices and an examination of the role played by Bitcoin that SEC has come to this decision.

The decision of SEC and its arguments do not take away from the fact that the arguments presented by the Winklevoss twins were valid as well, to the claim of SEC that such a venture would lack the required security measures, the twins argued that because the transient nature of Bitcoin, there is very little chance of the kind of malpractice that the commission is concerned about, this in fact makes Bitcoin safer as compared to several other securities in the market. SEC however, was adamant in its decision and has stated that Bitcoin was not well equipped to face the security requirements for such a project in the market.