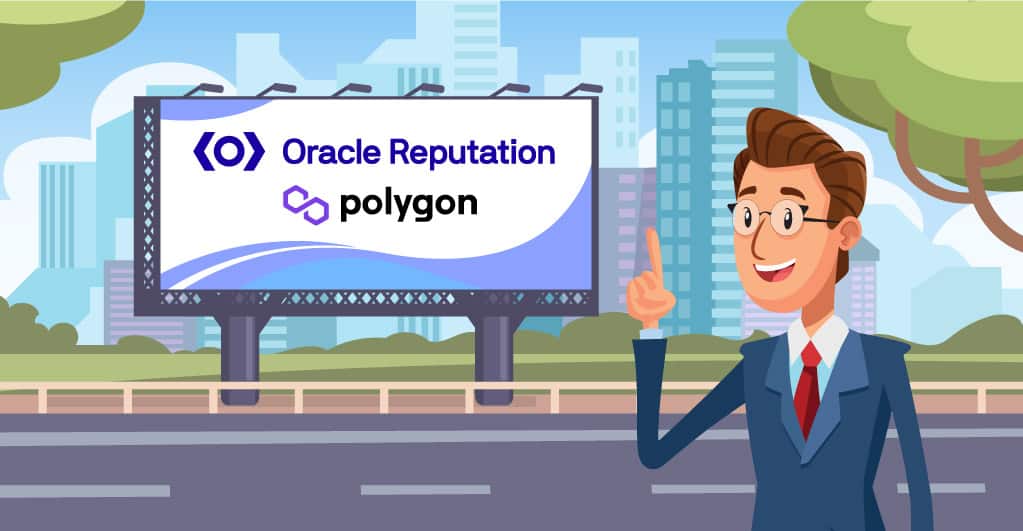 Polygon is a Layer 2 solution that currently supports every blockchain network that is compatible with the Ethereum platform. With time, it has emerged as the leader in the industry that has high aspirations set for the future.

The aim of Polygon is to enable transactions that are much faster and more economical. The aim is outlined to be achieved by using the blockchain that runs along the main chain of Ethereum.

The network of Polygon is known to be the strongest one among its competitors. It currently stands with users who run in the number of millions, organic capital worth billions of dollars, and more than a hundred applications.

Reputation DAO is a platform that offers an analysis of blockchain data. It functions in three steps which are collecting, decoding, and visualizing the data.

Integration of Oracle Reputation with the Polygon network is breaking news at the moment. It was announced by Reputation DAO with a tone of excitement.

What goes forward with this integration is a set of objectives and vision of Reputation DAO.

Coverage of the objectives of Reputation DAO goes to the extent of enabling a new frontier in DeFi and setting a reputed programming reputation into the Oracle network. A vision of the data analysis platform is to provide a reputation of service that is credibly neutral in nature.

The reputation of the service is expected to be set for DAOs, Chainlink Oracles, Smart Contract protocols, and its users.

User participation will take a boost from this integration. An economic system that is permission-free, trustless, and open has been in demand for a longer time. The integration of Oracle Reputation with the Polygon network will also strengthen the interaction of its users with DeFi and its applications in a safe manner.

Setting up a public infrastructure for DeFi has been on the list for Oracle DAO for quite some time. Integration sets a roadmap for this as well, in addition to giving it access to a large number of users.

Users can access Polygon from the platform by choosing the relevant option from a drop-down menu that is on the top-right corner of the website. Once selected, it will show the performance of Oracles on the Polygon network.

Check out this Polygon price prediction for a detailed technical analysis of its future price.