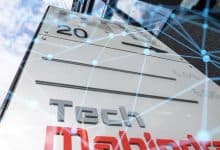 One of the Indian IT giant companies, Tech Mahindra will be launching an anti-spam call solution based on the blockchain solution, the news was revealed through a report on May 2nd, 2019.

Hyderabad based, IT firm, Tech Mahindra Ltd believes that the blockchain solution will save more than 300 million mobile users from unsolicited commercial communication (UCC) or widely known as spam calls.

This is not the first time; the Indian IT company has entered in the blockchain technology, earlier in 2018 Tech Mahindra had been successful in developing a blockchain based solution, the blockchain solution included shares of Indian market amounting to more than 25 percent in accordance with the Telecom Regulatory Authority of India (TRAI) regulations and guidelines. This initiative of Tech Mahindra stopped the telecom providers from accessing unauthorized data of the users.

“With the concerted and coordination efforts by the Indian government and the industry backed by appropriate regulation, India can continue to sustain and enhance its leadership position in Blockchain technology.”

Tech Mahindra is also experimenting and finding out the ability of blockchain technology within different sectors like manufacturing, telecom, financial services, and Hi-tech industries.
The blockchain solution is according to the guidelines and regulations of TRAI and will be implemented at the end of May. The previous blockchain solution was validated along with Microsoft to control the proof of concept of this solution, whose aim was to enable telecom service providers to avoid illegal access of their customer’s data.

The new blockchain solution of Tech Mahindra will make use of the blockchain technology to save and share incoming contact settings of users, i.e., that they have permitted to receive communication services from. Tech Mahindra will be offering proof of concept in association with Microsoft and according to the guidelines and regulations of TRAI.

The IT Company consists of a team of 50 members across three cities namely Bengaluru, Hyderabad, and Chennai. The team is responsible for writing the blockchain based code. However, Rajesh Dhuddu did not specify the details of charges or the revenue they are expecting through it.

The Tech Mahindra is investing more on Blockchain due to TechMNxt charter an event that is organized to explore more about emerging technologies such as Blockchain, Cybersecurity, Artificial Intelligence, and others.

One of the sectors, wherein Tech Mahindra has implemented blockchain technology in the financial sector. Tech Mahindra developed a solution for the largest public sector bank of India to offer a fixed data of audit transaction and further allowing a single view of the transaction data across various systems over the blockchain solution, the release stated.

“As part of the TechMNxt charter, Tech Mahindra is progressively investing in next-generation technologies to cater to the customer’s evolving and dynamic needs.”