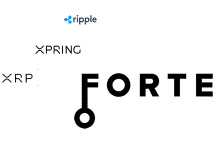 Forte, a blockchain based technology platform provider for the gaming industry, has collaborated with Xpring, Ripple’s developer ecosystem initiative to create a $100 million fund that would provide support to all those developers who are into the gaming sector. The fund would run along with the forte’s platform for gaming technologies and will also include open-source solutions to boost up the adoption of blockchain technology into gaming.

The deployment of Blockchain technology in the gaming field would enhance the designing of the game in a superior way and would also assist the developers to make and run efficient and better money-making projects, which currently is not an easy task for every developer to create and execute a successful game. To fill up this need of every developer, Forte has developed such a platform that would enable the developers to utilize the blockchain based technology into the gaming industry thereby enhancing the engagement and monetization with their players.

This fund being managed by Forte is majorly targeting those developers who are currently already live in the field with at least 50,000 daily active users and those who have the interest to put in more designs into their games with the help of blockchain and obtain better results.

The company deals with the difficult issues pertaining to technology in the gaming field and is putting down its major effort to create a successful platform for the developers. The group of Forte who is developing such a platform includes various professional who have designed successful and creative games in the global market. The Forte team comprises of experts recognized across different fields that include game platform development, game design and publishing from leading companies such as Kabam, GarageGames, Unity, Linden Lab, and Gen.G Esports.

The technology of Forte has components which are built in close combination with Ripple to control the open source Interledger Protocol with XRP that serves as a perfect pair for settlement and Codius, the container-based hosting solution, supporting seamless transactions across blockchains.

The enrolment of blockchain process into the game zone by the Forte Company has set up a new beginning that would prevail for the longer run. The innovative idea would make it simple for the developers to incorporate the components from such a platform.

Further, various investors, advisors and partners have also supported the company. The supporting list includes a16z crypto, Andreessen Horowitz, Battery Ventures, Canaan Partners, Coinbase Ventures, 1confirmation, and others. The company has also obtained investment and support from various blockchain celebrities such as Fred Ehrsam, co-founder at Coinbase; Balaji Srinivasan, co-founder at Earn.com and CTO at Coinbase; and Richard Lyons, Forte economist who was also a Dean at the Berkeley’s Haas Business School.

Brett Seyler, Chief Platform Officer at Forte, stated that “Blockchain technologies’ key innovations unlock vast potential for nearly all forms of digital interaction. Gaming is a $140 billion global industry driven predominantly by digital micro-transaction economies, which we believe will benefit immensely from the integrity and resilience of blockchain technology. The industry needs solutions that can support these economies at scale with cross-chain interoperability.”

Gaming zone is always an exciting and creative field to explore with the latest business models combined with the recent technology platforms. Initially there were play machines which used to be charged on the basis of hours of usage or per machine depending on their specification, this later changed to the personal computers where a user can play games via PC and home consoles, shifting to internet based games by residing at the comfort of one’s home to free-to-play games with the invent of cloud technology and now with the invent of mobile billions of users can gain free-to-play experiences, games have adapted the ever changing innovative technology platforms and business models thereby helping the industry to emerge as a $140B industry today from a mere $1B industry 30 years back. Blockchain upgrades the overall technology for the gaming industry.

Ethan Beard, Senior Vice President of Ripple’s Xpring, stated that “We are thrilled to partner with such a world class team of game industry veterans. Both Forte and Ripple have a shared belief that blockchain technology will have a massive impact on games, and that providing tools that are easy-to-use, chain agnostic and interoperable is a necessary step in driving scale consumer adoption.”

Allen Ma, VP Partnerships, Forte stated that “We’re excited to connect with developers who are running live game economies with tens of thousands of daily active users or more and have an active interest in using blockchain technology to improve their business.”