Major Messaging companies working on releasing their own digital coin 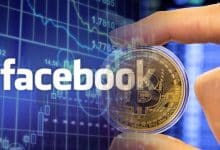 Few of the world’s major internet messaging companies are putting their efforts with a hope to get success in the field of digital coins. Off late, various cryptocurrency start-ups had experienced failure and the messaging companies are hopeful of gaining success in the field by introducing the majority of the consumers to the alternate world of digital coins.

Internet companies such as Facebook, Telegram and Signal, are planning to launch new cryptocurrencies in the next year through which users would be able to send money to their contacts which exist in the messaging systems, just like Venmo or PayPal thereby allowing a user to pay any person residing in any part of the world.

As per the information revealed by people from Facebook on condition of anonymity, currently, Facebook is working on a coin which would be available to the users of WhatsApp, which now belongs to the Facebook Company, to send money to their friends and family on a real-time basis. However, the development on the above-mentioned project is in process.

Facebook is further also in talks with the cryptocurrency exchanges to sell the Facebook coin to consumers. The information was revealed by four people who were briefed on such updates.

Further, as per the sources even Telegram, which has a user base of around 300 million users worldwide, is also working on launching its digital coin. As per updates, a coin is in the making which will be based on Signal, which is an encrypted messaging service famous among technologists and privacy advocates.

Even Kakao and Line, the largest messaging applications in South Korea are also working on the same lines to release their own coin.

With the application of the new project, Facebook and Telegram would be able to establish a friendly relation with cryptocurrencies and allow millions of users to pay instantly. They are working on the project which has already found its market and has proved a popular choice with the users.

Venmo has kicked off in the United States market and has made it easy for the users to make payments from their phone. In China, the users are able to use the payment system which is installed within the famous messaging system, WeChat.

The co-founder of a cryptocurrency-focused venture capital firm, Primitive Ventures, Eric Meltzer, stated that “It’s pretty much the most fascinating thing happening in crypto right now. They each have their own advantage in this battle, and it will be insane to watch it go down.”

When contacted, Facebook did not directly reveal its operations on the digital coin. Whereas the other companies refused to give a remark on their projects. However, maximum of them would like to establish digital coins which may run on a decentralized network of computers, independent to the companies who made them.

The new cryptocurrencies, similar to Bitcoin, would make it easy for the users to transfer money from one country to another. Such service would come handy mainly in the developing world where normal people find it difficult even to open a bank account and procure things digitally.

However, to put down such techniques into the practical world is not an easy task and the messaging companies may experience the same regulatory and technological hurdles which the Bitcoin currently fails, which is stopping it from going mainstream. As the cryptocurrencies are not efficiently guarded by the government department or any financial regulatory body such as a bank, it gives a chance to the criminals and scammers to execute their illicit activities. Also, the computer networks which manage these are not well equipped to handle a large number of transactions.

The companies involved in such projects have seen a large number of essential resources being deployed into such projects from last year.

The chief executive of Quantstamp, Richard Ma, stated that “They are all going to run up against these same types of technological limits.” Quantstamp is a firm which executes security audits for new cryptocurrencies.

As per the source’s statement, Facebook has deployed more than 50 engineers who are working on its project. Also, an industry website, The Block, has been continuously monitoring the new job listings for the Facebook project.