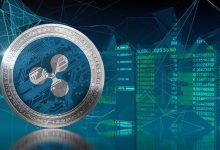 New findings are constantly paving their way to into the crypto currency markets. However, it is yet to be determined if all of them are rooted in truth, too often, false news is circulated about various aspects of a market to bring about a reduction in its value. For example, rumors had a huge role to play in the currencies touching rock bottom in the past week; of course, there were other factors as well. One has to stay updated with the market to learn about the different kinds of information that is being channeled over the different forms of media and then decide as to what does that piece of information does for the users and how will it change their plans and their investment patterns.

The latest news in the market is that Ripple, which has become a part of the crossfire that is taking place regarding the issue of what makes up a security? Do the tokens form the part of securities? In this debate, when coming to the token XRP of Ripple, it is being said that it is not a digital token at all; a lot of experts are saying that it is just digital fiat. This conclusion is being reached because of the centralized nature of Ripple, which might be a major factor that has led to this kind of a conclusion from the different experts. However, as of now, there is no definite answer if XRP is a crypto currency or is it a security? ICO tokens can be considered securities but how far does XRP resemble crypto currency or a measure of security? Some of the prominent figures in this field are speculating about the fate of crypto currency if it is declared a security in this market.

Some of the experts are also calling for the formation of a third category in this field called “digital fiat”. This separate category is demanded by them so that there are no questions regarding what can be considered a “real” crypto currency in this ocean of crypto currencies.

Another aspect which has led to a decline in value of Ripple is that it has been found that Ripple is involved in funding itself. Because of this tendency of self funding, there is a chance that Ripple could get classified as an ICO, and held culprit because of the illegal activities. It is this sort of speculation that is going on in the market regarding Ripple. Moreover, Ripple has already been in legal trouble once due to its activities in its working labs. Whatever maybe the decision of SEC, it can be believed that this indeed is a crucial time for the position of Ripple in the market. The future of Ripple hangs in balance in the coming months.