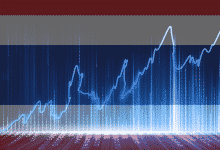 During the past weeks there has been a contrasting opinion on the crypto futures with on the one hand analysts predicting it to be the next Gold and on the other few others predicting it become zero over the course of time.

Such contrasting opinion can confuse the new as well as old investors whether to Buy, sell or hold their investment in the crypto markets.

The traders should just concentrate on the fundamental developments in the crypto sector and just keep an eye on the price charts.

Though a vertical spike similar to 2017 cannot be expected, a more steady upward movement can be seen. Looking at the weekly charts few of the top cryptocurrencies are showing signs of a trend reversal.

TRX/USD
Among the largest coins by market cap, Tron (TRX) was the best performing cryptocurrency during the last week.

The TRX/USD pair managed to sustain over its overhead resistance at $0.02815, thereby showing strength. The price of TRX has been in this range since Mid of August, and any breakout will result in a new tend formation.

Tron in its weekly newsletter stated that it has over “150 DApps and more than 300 smart contracts.”
During the niTron Summit, Justin Sun, the CEO and Tron founder, said that he expects the number of decentralized applications (DApps) on its network to cross 2,000 by the end of the year.

BNB/USD
The BNB/USD pair has a strong resistance in the zone of $7.17–$7.7. A breakout and close above this range will confirm a trend reversal. Once crosses, it can touch $12 on the upside and can extend to $15 once it crosses $12.

In case the price moves downwards from the current levels the bullish trend shall be nullified, and the downtrend shall continue if the price falls below $4.17238.

Binance took a big leap over the past few weeks and is now ranked 12th largest by market cap. To make the most of the rush in OTC trading, Binance has recently launched a trading desk to offer a crypto-to-crypto over-the-counter (OTC) trading desk.

It also revamped its Wallet – Trust, adding support to a larger number of blockchains thereby making it a multi cryptocurrency wallet.

LTC/USD
The LTC/USD pair is trying to fix a bottom. The buying interest in the coin has managed to keep its price above $29.349 for the past five weeks now which was a pullback from its recent lows of $23.090. A trend confirmation may be seen once the price manages to sustain the support and break the previous high price of $40.784.

The above uptrend can be confirmed only if the price moves above the mark and in case it breaks the level of $40.784 then it shall stay range bound between $29.349 and $40.784 for some time before giving a trend confirmation on either of the sides.

Recently Litecoin (LTC) came up with a new Logo and a new tagline “Take control of your money and pay with Litecoin.” The changes were launched during a UFC event sponsored by the company.

DASH/USD
Over a long-term, the DASH/USD pair still shows a downtrend. Though the bulls are trying to create a higher low around $67, both moving averages are showing a downtrend along with the RSI which is also near to the oversold levels. Currently, the bears have the advantage, and any drop in prices below $56.214 will resume the downtrend.

In the event of the price breaking out above its resistance zone of $103–$123 will take the rally up to $175 and sustaining above this level will take it to $224.

As reported sometime back, the cryptocurrency is very popular in Venezuela with over 2,600 merchants accepting it. It recently released version 0.13 of its build with the transition work in progress.

The ongoing political crisis in Venezuela will attract more people to Dash, and the importance of cryptocurrencies will be highlighted during such turmoil.

XMR/USD
For the past eight weeks, the XMR/USD pair has been consolidating within a narrow range of $38.5–$60.147. Any breakdown of the range will restart the downtrend and take the price to its next support level which is at $28.

On the other hand, a break out of the range on the upper side can take the price of the asset near its overhead resistance at $81. A strong resistance at $75–$81 can be seen.

Even though Monero was in the news for the wrong reasons, it still managed to finish the week with slight gains. A research had posted that about 4.3 percent of Monero’s total supply was mined illegally.

The views and opinions expressed here are solely of the author and do not reflect the views of edgecoinsnews.com. Every investment and trading step involves risk, and one should conduct their own research when making a decision