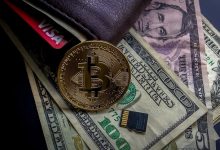 Blockchain technology is probably the biggest internet-based revolution after the advent of the internet itself. What came into being as the technology base for cryptocurrencies has now become one of the most talked about platforms across the globe.

Research of the last 10 years has proved that blockchain has tremendous potential and possibilities for implementation apart from just serving as a platform for digital tokens. Almost every business sector has now blockchain involved in it in some form or the other. Giant corporations like IBM, Facebook, HSBC, JPMorgan, etc., have all jumped in the blockchain game, which indicates that the technology is here to stay, and has a bright future.

The success of blockchain can be judged by the fact that despite skepticism, the technology has managed to conquer over half of the total states in India. Considering the fact that India has predominantly been hostile towards cryptocurrency and blockchain, the feat achieved by the innovative platform is highly commendable. In the recent past, the country has moved towards digitalization which has enabled several business sectors to adopt innovative technologies in a bid to reduce costs and time consumption.

Recently, Tata Consultancy Services (TCS) announced that it will be investing heavily in blockchain technology, and will be leading the industry in the South Asian nation. Implementing technology in sectors like Banking and Finance, pharma, virtual gaming, etc., is already being tested.

The “Blockchain Report of 2019” by National Association of Software and Services (NASSCOM) revealed that blockchain is now present in 50% of Indian states. As the world superpowers like the United States, China and several other developed countries became blockchain powerhouse, India has positioned itself as a reliable destination for blockchain platform.

In fact, as per the recent data revealed by the UN World Intellectual Property Organisation (WIPO) regarding the number of blockchain based patents filed in 2018, India ranks at number six, though the scope of improvement is used. While India filed around 90-100 blockchain based patents, China alone file more than 950 patents occupying the first place, and is closely followed by the United States, who filed about 860 patents.

The Government of India itself is taking several initiatives to create awareness about the blockchain platform among young entrepreneurs regarding innovative technology. The platform has several benefits which can prove to be extremely relevant to the country like India where corruption is high.

Distributed ledger system or blockchain is a decentralized form of the data network, designed in a way that the information or data in each unit of the block cannot be altered or manipulated by anyone. Implementing it in government offices will eliminate the cancer of bureaucracy, bribery and corruption significantly.

Another important sector where blockchain must be applied is journalism. In the age of WhatsApp and other social networks, it has become extremely easy to spread fake news and propaganda. Recently, the iconic American newspaper agency The New York Times revealed its plans to create a blockchain platform for publishing.

In India, cities like Bangalore and Hyderabad are leading the way for blockchain development in the country. In the success of blockchain in India, prestigious institutes like the IIT has played a big role. Currently, IIT Hyderabad is working on a residential housing project which is based on blockchain technology.

In spite of having a fair share in success, blockchain technology has a few challenges which have held it back from achieving its full potential. One of these challenges is the lack of skilled manpower, which is a problem it faces globally. Another problem in India is the lack of awareness and infrastructure.