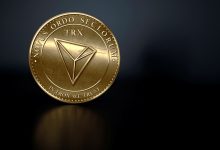 Since TRON Foundation released positive news, there has been a continuous flow for the TRON coin. TRX coin is now outpacing with 24-hour growth of over seven percent, which is higher than the top 35 currencies in the world. However, today Bitcoin (BTC) is up less than 1%.
Reports from TRON, suggests that anything from achieving a majority of the blockchain milestones to an ever increasing number, in recent weeks of phone applications on its chain.

The question was that what might be triggering the current rise of TRON, moreover, is that BitTorrent will sell its token on the Binance Launchpad. During the month of June in the year 2018, the TRON Foundation and honorable founder Justin Sun have acquired the BitTorrent platform. During the time of acquisition, propelled TRX went 17 percent upwards. TRON announced Atlas Project, its plans to add blockchain and blockchain-based tokens to BitTorrent and it’s 27 million strong user-base, in the month of October 2018.
A few months ago, Justin Sun’s burgeoning relationship with Changpeng Zhao, honorable chief executive officer of Binance had emerged in Malta. At the same, the TRON Foundation has committed a donation of 3 million dollars to Binance’s Blockchain Charity Foundation ( called BCF).

BitTorrent Token to Launch on Binance LaunchPad
Recently, Binance has emerged that a token of BitTorrent will be one of the first ever projects on Binance LaunchPad, a Binance’s token creation platform. Moreover, Binance wrote by Calling the BitTorrent development “game-changing.” The protocol of BitTorrent is now empowering a new generation of content creators by implementing new tools to distribute their content directly and dividedly to others on the Internet. BTT token, the new token of BitTorrent, is now going to allow BitTorrent peers to incentivize activities which might lead to a better file sharing, like using high-speed networks and enabling longer seeding periods.

Crypto Investors Inspired by BTT Token
Although BitTorrent is going to have its own BTT and the bitter fact of no real connection to TRX, of TRON, it seems to be obvious that the progression of BitTorrent tokenization inspires cryptocurrency investors. However, by putting their confidence into TRX.
Sharing their views on Twitter, TRON has been steadily publishing the details of the BitTorrent token and has planned airdrop. Recently, until 2018 TRON had reached all the milestones, it had set out to achieve. Justin has already listed his predictions for the year 2019, one of them is to take Tron to the top 4 ranking on CMC by the end of the month, December 2019. The TRON blockchain ecosystem also has plenty going on to inspire the current and upcoming investors of the cryptocurrency market. Till date, in a span of six months, TRON has achieved over 1 million user accounts. So now it has more than 80 dApps, in a tiny span of two months through the launch of the smart contract functionality and TRON Virtual Machine.

Moreover, the development team of TRON has grown from being just two engineers to over 40 in less than a year. TRON now also just drawing to a close the application for aspiring dApp projects at a stage of its TRON Accelerator program. Man of Ambitions, honorable founder of SUN have been waiting to break into the top four cryptocurrencies by market capitalization by the end of the year,2019. There are possibilities if TRON can hold its momentum it has as much chance as any. Although the noted fact is that TRON blockchain isn’t without its critics. Earlier this week, Jed McCaleb, the co-founder of Ripple and Stellar has called the blockchain of TRON garbage.