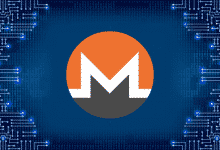 Monero (XMR) recently updated a hard fork for some key areas in its blockchain technology in March. The hard fork has been successful according to the Monero and brings many necessary changes.

Monero, with its focus on privacy and security, aims to differentiate itself from other cryptocurrencies. The Monero team has made a network upgrade, with about a million updates, to improve these features.

The team behind Monero’s cryptocurrency is more hesitant about ASIC, while the core developers of Bitcoin have embraced the application – specific integrated circuit. Some argue that ASICs threaten decentralization and economic models for evidence of work secured blockchain networks in addition to the operative logistics of such a device. This is why the latest upgrade in the Network tried to purge the XMR above Miners subset.

With this fork, Monero has made substantial improvements in its network’s block size algorithm. These changes would help fix the big bang attack threat that plagued the blockchain a while back. The upgrade also tweaked Monero’s work algorithm named CryptoNight – R to make it more resistant to existing ASIC protocols. This means that to continue mining, miners using ASIC chips would have to update their mining software.

Monero had a hard fork on block 1,788,000 by introducing some fundamental changes to the protocol to enhance its privacy, security and ASIC resistance. Although it is called a “hard fork” because the upgrade is not backward – compatible, no new coins emerge from it – it only means that miners should upgrade their mining software, and XMR holders should upgrade their wallets to the latest version to keep them working.

To increase privacy, the blockchain also improved its privacy by introducing an extra payment ID to each transaction. This change would add a transaction protection layer and avoid tracking the transaction source code on its platform.

With this latest fork, Monero (XMR) is likely to add more userbase as it reinforces the attributes that attract thousands of users to the privacy platform. XMR has become a source of payment for many discretionary products or services.

The sophisticated, integrated privacy protection makes Monero ideal for those who wish to make anonymous payments. Moreover, Monero claims that it is unable to trace its transactions.

“Sending and receiving addresses and transacted amounts are ignored by default, according to the Monero website. Transactions on the Monero blockchain cannot be linked to a particular user or real-world identity.”

Momero (XMR) has continued to grow in user base as it has made good use of its partnership with top music stars such as Sia and F – Eazy. It is also the crypto community’s most trusted coin in terms of security, as is apparent from its large market cap.

XMR is currently trading at around $ 51.50 as the coin made some gains after swinging around the $ 47-$49 marks at the beginning of the year. It would be interesting to see if after this latest hard fork update the coin could embark on a bullish run.