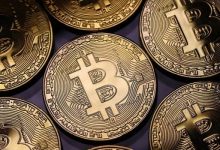 In 2015, Coindesk had Published an Op-ed titled “Bitcoin Will Still Bite The Dust,” authored by Kevin Dawd, in which the author claims that the digital asset is likely to see only failure.

Kevin Dowd is a Professor of Finance and Economics in the Business School at Durham University, who had co-author the paper “Bitcoin Will Bite the Dust,” along with Martin Hutchinson, a market analyst, and author. The pager was written for the libertarian Cato Institute in Washington DC.

With this publication, He expressed his views on Bitcoin that Bitcoin can “not survive in the long run,” and “I still think that the long-run equilibrium price of bitcoin is zero. It just hasn’t bitten the dust yet.”

If we look at the current scenario of Bitcoin’s performance, the professor’s words may sound correct in technical terms.

The information about Professor Dowd on Wikipedia states “Dowd’s main subject of research is private money and free banking—monetary and financial systems that operate without any government intervention and in the absence of any central bank. A related focus of his work is on central banking and other forms of state intervention into economies, most particularly, on deposit insurance, the lender of last resort and bank capital adequacy regulation. He has repeatedly called for the abolition of central banks and an end to state intervention in the financial system.”

Dowd gave a couple of reasons to substantiate his reasoning for the Bitcoin’s failure when he states Bitcoin “Will Bite The Dust.”

FIRST – Bitcoin is ‘a natural monopoly’:

He says “To work as intended, the bitcoin system requires atomistic competition on the part of the miners who validate transactions blocks in their search for newly minted bitcoins. However, the mining industry is characterized by large economies of scale.

Indeed, these economies of scale are so large that the industry is a natural monopoly. The problem is that atomistic competition and a natural monopoly are inconsistent: the built-in centralization tendencies of the natural monopoly mean that mining firms will become bigger and bigger – and eventually produce an actual monopoly unless the system collapses before then.”

But it doesn’t look like the above-defined characteristics actually hold true. Though there exist economies of scale in bitcoin mining but there are several other industries which do not enjoy monopoly but still have economies of scale.

When the distribution of Hashrate is looked into, it clearly gives a picture that Bitcoin surely does not enjoy monopoly and the Hashrate is distributed among many others in the field.

The numbers of operations a bitcoin miner’s computer executes in a given period of time is measured in terms of Hashrate. If the hash rate is higher, greater will be the chances of finding the correct solution, get rewarded with a bitcoin and qualify to get into the next block of transactions within the chain.
Miners are just a part of the holders who hold Bitcoin. The list also includes individuals, businesses, Exchanges, Wallet companies, developers who hold bitcoin either as savings or as a speculative investment or for business.
It would not be correct to showcase Bitcoin as a monopoly with centralized control. Bitcoin, in fact, is an intelligently imagined, highly powerful digital economic architecture consisting of multiple levels of checks and balances put into it similar to the U.S. Constitution.

SECOND – Bitcoin is ‘an inferior product’:

He further adds in the paper that “There is also the argument that the price of bitcoin must go to zero because an inferior product cannot survive long-term in the absence of regulatory barriers to entry.

Imagine you have a market with no entry barriers. The first firm to enter the market has 100 percent of the market share, as bitcoin once did. Competitors then come along and make inroads into the market.
Some of these offer products that are superior to the product produced by the first firm, not least because their producers have learned from some of the design flaws in the first firm’s product. And eventually superior rivals displace it completely and the market share of the first product goes to zero.”

Even this does not hold good.

Both his claims hold no good. His first claim gets incorrect with the mere fact that bitcoin market is an oligopoly and not a monopoly. The second claim that defines Bitcoin as an inferior product is also wrong.
Bitcoin is the strongest and the oldest crypto asset today with one of the longest blockchains. With its age, it has experienced the maximum battle-hardened network with enormous bugs and attacks. Due to its sheer size, it becomes the most difficult target for a 51 percent attack.