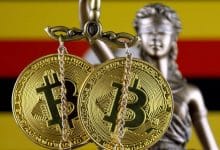 Cryptocurrency and Blockchain Technology are still in their prime and it still unclear to what extent these technologies are capable of altering the society as we know it. Though, it is being increasingly obvious that cryptocurrencies are a favorite medium for the people to fund terrorism reports Washington Post.

The report is drafted by Steven Stalinsky who is the executive director of the Middle East Media Research Institute. He says that ‘Cryptocurrency has come to terrorism, with an array of terrorist organizations exploiting the anonymity afforded by blockchain technology for fundraising and finances.’

Latest is the case of Zoobia Shahnaz who pleaded guilty on Nov26 in a New York court to providing material support to Islamic State via Bitcoin and other cryptocurrencies along with other money laundering schemes. Stalinsky suspects that she might not be an exception.

Washington Post also had documented the use of bitcoin as an important source of funding for alt-right groups in the US. Experts had warned that “Extremist figures who invested in bitcoin as a bulwark against efforts to block their political activity now find themselves holding what amount to winning lottery tickets. The proceeds could be used to communicate political messages, organize events and keep websites online even as most mainstream hosting services shun them.”

In a 9/11 commission report, it was recognized that information about terrorist money helps us to understand their networks, search them out, and disrupt their operations. Hence, terrorist financing must be the topmost priority in US counterterrorism efforts. But cryptocurrencies are peculiar in that they are stealthy and are inherently undetectable via usual methods.

Stalinsky states that cryptocurrencies such as bitcoin, Dash, Ethereum, Monero, Verge and Zcash, with others in development, constitute an alternative funding source for the terrorists in the absence of their regular revenue from Oil and Taxes. Transactions in these cases are swift and anonymous, and disrupting them is difficult.

Still, Stalinksy expresses concern that U.S. counterterrorism officials have been slow to grasp the extent the problem. The government has the moral responsibility to regulate such technologies and enforce constraints to mitigate their negative usage. But the government appears inefficient in regulating any technological innovation.

However, there are countermeasures being taken. the House approved a Crypto Task Force bill which emphasizes the establishment of “an independent financial technology task force to research terrorists’ use of new financial technologies and specifically to combat the use of cryptocurrency by terrorists.” It has also been observed by terrorist organizations are using cryptocurrencies by an intergovernmental organization.

There is only hope that government across the world realizes negative implication and need for regulations associated with cryptocurrencies instead of considering just them as a silly technology.