ICO Marketing – the Key for Making an ICO Success! 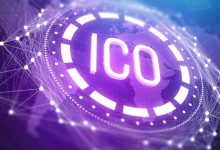 Initial Coin Offering (ICO) is an unregulated procedure of raising money for a cryptocurrency venture. The procedure means selling some portion of the digital currency to early investors in exchange for legal tender or Bitcoin. If a cryptocurrency wants to be successful, it needs to have an effective ICO marketing campaign to promote the ICO and reach the targeted markets.

An Initial Coin Offering (ICO) can be compared with the concept of Initial Public Offering (IPO), which is similar. In both the process, organizations raise capital. While an ICO is a venture that provides an investor a crypto coin, it is generally known as a coin or a token in ROI (Return on Investment). In the case of an IPO venture, it is a different process to the issuance of securities.

Tokens are coins that are presented during an ICO and would be viewed as an equivalent to shares bought in an IPO and are additionally called as crypto coins. The ICO can be referred to as equity to the token, which gives the investor voting rights. Also, in specific cases, it qualifies the investor for dividends.

Investors show interest in an ICO because the profits are a lot higher than the initial investment, yet there are risk factors to consider. In this way, to gain the trust of investors, ICO needs to shows its authenticity. For the ICO to be a success, a lot of initial activity is involved.

Below given is the checklist for ICO marketing that should be followed to make an ideal ICO Marketing Strategy:

ICO had shown results that it had transformed several projects and companies to raise money for the project. The important role of the ICO marketing is to build trust among the investors to select the token or not.

ICOs are the latest seed funding and we can foresee more organizations may adopt the same idea in the forthcoming future. For an ICO marketing campaign to be successful, it is important to select a good service provider for promoting it. Blockchainmarketingninja offers a wide scope of Marketing and ICO Services for ICO promotion.

Some of the points to consider for ICO marketing:

Few of the important points that should be remembered for good ICO promotion, which are given below:

How ICO Marketing Campaigns can benefit from Social Media

Viral is a word that attracts everybody on the internet. Besides, when something gets the group attention, it gets shared at a faster rate through shares, etc. Normally, this is the objective when making an ICO marketing website.

ICO marketing campaigns play a vital role in deciding the fate of a cryptocurrency. They can help bring in more investors. However, due to the increasing number of ICOs coming up, it is becoming all the more difficult to make the ICOs achieve optimal results.