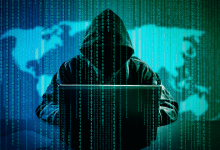 Cryptocurrency has, and will always have a strong association with technology. That is to say, cryptocurrency, to a large extent functions entirely on the technological basis. However, that very technology becomes an enemy of cryptocurrency when it comes to being a tool for the potential hackers. Lately it has been found that the wallets are at risk because they are the targets of the hackers. They are using several means and methods to get to the wallets of the various service providers in the market. However, measures are also being taken to combat this sort of activities from the miscreants in the market.

In the earlier part of July, it was found that there was an attempt at hoodwinking two point three billion dollars worth of Bitcoin in the market. They made use of the kind of hardware that meddle with the address book and thus dupe the wallets of billions. These sort of hacks would take place was predicted in the past, that is, as early as November of the previous year. And these predictions have proved to be true in a short period of time. These kinds of attacks are aimed at theft of information as well as stealing of funds. This is a highly prevalent phenomenon in the modern times and is very intelligent in terms of the means which are being used by it to hoodwink the users out of their funds in the wallets.

The portal, Bleeping Computer Portal writes about how more awareness in the market about this issue can help with the reduction in these kinds of activities. That is, how removing the ignorance related to the role of computers in the cryptocurrency can be of benefit to suppress these activities. According to this portal, learning the basic concepts of computing can help one maintain a holistic measure of security in the market.

Other prominent expert, Ouriel Ohayon has stated that a lot rests upon the users when it comes to ensuring that they are not being duped in any way possible by such negative elements in the market. Moreover, over millions are being cheated away from their owners through duplicate websites; the recent scams which are taking place in the market through the means of Twitter are one more example of the pattern that has been noticed since a long period of time. The only way, according to the different experts in the field to combat this sort of thing is to be more aware of the operations related to computing and to pay attention to minute details which are usually presented; it is because of the lack of attention of the users that the job of the hackers gets much easier.

As per the recent study, which does not include in the survey the people from East Asia, there will be noticed a grave increase in the number of people who will be at risk because of the increase in the interest for cryptocurrency as well as an increase in crimes related to artificial intelligence. The figure given by this study indicates that approximately two hundred and fifty million people from Europe and United States of America have can fall victim to these acts because of the increased hacking activities in the market.