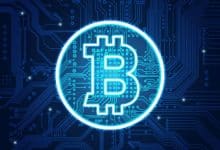 Charlie Shrem, an American entrepreneur and a bitcoin advocate who was also the co-founder of the now-defunct startup company BitInstant has some positive news for the Bitcoin Lovers. Shrem, who is also a founding member of the Bitcoin Foundation, talking of a hypothetic extreme situation stated that in the event of a nuclear holocaust, bitcoin would be the only one to survive and the banks and fiat money would be burnt to ashes

Shrem commented in a Hacker Noon post made on Jan. 22 that “If the unthinkable happens, Bitcoin would be a highly durable currency during a nuclear war, as compared to fiat currency, which would fail for multiple reasons, Since fiat money exists in the physical world and is not a digital entity like Bitcoin, it would be susceptible to being incinerated in the nuclear fireballs. Banks could instantly lose their cash reserves needed to operate.”

As per Shrem’s opinion, nuclear war will not only devastate centralized banking organizations but will also make them useless, and hence online bank balances will be no longer be useful for us if at all such situation arises, and the financial institution and computers get destroyed.

Shrem further stated that “Bank balances would suddenly become meaningless. No one would be able to go to the bank or ATM to get their cash since the banks would stop operating the day the first nuclear bombs detonate.”

Further, Shrem stressing on the advantage of Bitcoin in such a situation, said that “some banks will be vaporized outright.” however, others may “contaminated with radiation.” but only bitcoin would have such capability to handle and survive such an unforeseen event.

Though the situation as envisaged by Shrem looks dull, he was trying to stress on the characteristics of bitcoin and said that unlike physical assets, bitcoin has no physical existence and as it follows a decentralized system, therefore it would never lead to a single point of failure.

He said “As long as there is at least one node running Bitcoin, the Bitcoin network will continue to function. It is highly likely that many Bitcoin nodes would survive even the worst nuclear attack since nodes are scattered worldwide, and they could communicate with each other via satellite internet.”

The ultimate concern in people’s mind in a situation of nuclear war will be nothing, but money and Shrem surely made some strong justifications which cannot be ignored.

In the ongoing crypto winter, many are of the opinion that the Bitcoin price will reduce to zero, but Shrem believes that such assumptions about bitcoin’s death are nothing much exaggeration and those people are not looking at the physical restrictions which the traditional financial structures face.