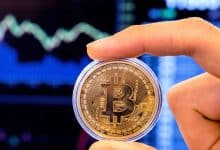 In the last ten days, the Crypto market has rallied resulting in the addition of $45 billion to its overall market capitalization. The leading cryptocurrency, Bitcoin has performed well and closed above the level of $4,200. Many experts believe that this short-term positive run on the Bitcoin prices is going to stay in the next year also and that digital coin has already established its bottom.

It is important to know that despite a recent bounce back, the overall Crypto market including the Bitcoin is still in the bear phase. Bitcoin valuation is down by 79% from the all-time high level that it achieved in December last year while other digital assets like Ethereum (ETH) and Ripple (XRP) are also trading at around 89% lower than their previously attained peak values.

Interestingly, Ethereum registered a gain of more than 51% against the dollar on December 23, prompted many investors and economist to comment on its price rally. Alex Kruger, one of the cryptocurrency traders and economist, observed that a week ago, Ethereum was trading 94% down from its all-time high value and now with this new surge of 52%, the cryptocurrency is trading at 91% down from its peak value.

In order to convince the investors that the bear phase is now over, all the major cryptocurrencies have to enhance their value by 20 – 30% against the US dollar. In the context of Bitcoin which is now trading at around $4,200, Willy Woo, market analyst, explained that although the Bitcoin is now trading above the crucial resistance level of $4,000, it has to breakout $5,000 mark to confirm that a proper bullish phase has started for the digital asset. When the Bitcoin prices were at $3,500, Woo commented that prices of the Bitcoin would move up and bull phase depends on the coin breaking out the $5,000 levels.

In 2018, the lowest value Bitcoin dropped was $3,120 which translated into 84% decline from its all-time high value. Now in order to confirm a full reversal of the bear trend, the Bitcoin has to perform exceptionally well in 2019, with a special focus on the first quarter of the Year. Bitcoin needs to demonstrate the rise in valuation based on months of its market consolidation and valuation.

Is the worst over?

Joseph Lubin, the co-creator of Ethereum, emphasized that the crypto market has already achieved bottom, but experts cautioned that it’s too early to say that bear phase for the Crypto market is over now. Nonetheless, the recent market rally has brought a huge amount of relief for the investors while sparking the hope of price surge and trend reversal in the future.

Since December 15, the cryptocurrency market has added $45 billion to its market cap, pushing the levels from $100 billion to $145 billion. In the month of November, the market capitalization was hovering around $220 billion and reaching that level; the crypto market would require growth of 51%. The chances of achieving such a high growth rate seem likely in 2019 as recently we have witnessed some positive developments related to the crypto market and blockchain Technology. Especially the launch of Bakkt Bitcoin is something all the investors are looking forward to in the New Year.