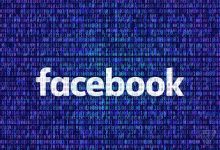 If the popular social media giant Facebook launches its own Stablecoin project, then it can significantly be a moneymaker for the Company, Ross Sandler analyst of Barclays stated.

On March 11, CNBC reported that, if Facebook thinks of launching its own Cryptocurrency, then it will greatly benefit the company by generating secondary revenue of around 19 billion dollars by 2021.

In the note, Ross Sandler signaled out that digital currency based revenue option is something which is greatly in need for the company at this particular movement, further stressing that the amount from any advertisement revenue stream is most likely to be well understood by Facebook shareholders. The moderate revenue that is predicted by Ross Sandler over the new digital currency is around 3 billion dollars.

Ross Sandler also observed that there are two important challenges for Facebook so as to reach towards the crypto goal: the first one is to prove a value prop for its users higher than the payments available today and the second one is to win the trust of consumers after the problems reported in 2018 in Facebook.

Meanwhile, over the trust issue, the CEO of Facebook, Mark Zuckerberg released a note in the previous week stating that Facebook should act more of privacy oriented in the years to come. He did not mention anything about Cryptocurrency, but payments and encryption were regularly raised.

Ross Sandler remembered the original payment project of Facebook which was quite similar to what digital currencies are today. The online payment project of Facebook was developed by California based company The Menlo Park in the year 2010. The Facebook credits tool indicated a virtual currency that could be used by the users to pre-pay the credits by using domestic currencies and later use them for in-app purchases.

The Facebook coin might be just thinking of processing micro-transactions and to restore the original business model of Facebook which was noticed from 2010 to 2012 within Facebook Credits, Barclays Analyst mentioned in a note. Nevertheless, the project has been headed by David Marcus, the former CEO of PayPal and the opportunity of the project could be much bigger.

From the past few months, Facebook is recruiting more on the Cryptocurrency front. On the company website, there are around 20 job openings which are listed and related to technology. As per the reports of the New York Times (NYT), there are around 50 new employees who are working on creating a Stablecoin that could be included on different platforms which are completely owned by Facebook.