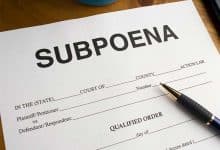 As per the tweet made the Software engineer and Bitcoin (BTC) pioneer Jeff Garzik, the United States District Court has subpoenaed him in the $4 billion lawsuit filed against Craig Wright.

Jeff Garzik himself tweeted that “You got served” The #Bitcoin lawsuit drones on. In the interest of radical transparency, here’s the subpoena that just arrived for me (sans page 1)”

Initially, the lawsuit was filed during last February with the U.S. District Court of the Southern District of Florida. The suit which was filed by the family of David Kleiman, had claimed that Wright had stolen up to 1.1 million BTC after the demise of David. David, a computer scientist, was also believed by many to have been one of the developers of Bitcoin and blockchain technology.

The Family of David claimed that post the death of Kleiman in 2013, Wright, who claimed himself to be the one who has created Bitcoin – Satoshi Nakamoto approached David’s estate with the intention of helping the family to assist them in disposing off the Bitcoin fortune belonging to David. However, as per the claims made by Kleiman’s family, Wright never returned the funds to the family.

The official complaint read that Wright “forged a series of contracts that purported to transfer Dave’s assets to Craig and/or companies controlled by him. Craig backdated these contracts and forged Dave’s signature on them.”

Later, Wright submitted a request to the court to dismiss the lawsuit which was filed against him which was rejected by the court. The court document stated that “the Court finds that Plaintiffs have sufficiently alleged a claim for conversion.”

The current subpoena issued to Garzik required him to appear in front of the court and produce any necessary evidence in his “personal theory” that substantiates that Kleiman was Satoshi Nakamoto. It also required Garzik to provide all communications, agreements and documents related to both Wright and Kleiman.

In addition, the court also asked Garzik to produce appropriate details relating to Bitcoin mining for the period between January 1, 2009, and April 2013 and also seeking to search for various documents in connection with the Silk Road, Liberty Reserve, Mt. Gox, and the Prometheus Project.

The subpoena also requested for any communications with financial cryptographer Ian Grigg, CEO of Centre for Strategic Cyberspace + Security Science, Richard Zaluski, and early Bitcoin investor Roger Ver, among others.

During last year November, Garzik had commented on several hypotheses related to the identification of Bitcoin creator during which he stated that “My personal theory is that it’s [Satoshi Nakamoto] Floridian Dave Kleiman. It matches his coding style, this gentleman was self taught. And the Bitcoin coder was someone who was very, very smart, but not a classically trained software engineer.”