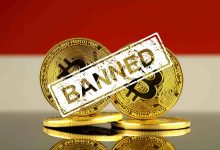 According to the recent news, the Indonesian attorney combined with eight other attorneys for a cryptocurrency course. This meeting aims to discuss the increasing crimes across the world related to Bitcoin and other crypto tokens for funding.

At the beginning of 2018, the government of Indonesia decided to ban the cryptocurrency. But, after a year, Bitcoin was treated as a commodity, but then also, the ban continued.

According to Dr. Arminsyah, the Deputy Attorney General said that the crypto crime would never stop growing. The offense is increasing with the fast speed, and it will leave behind the people who are getting late to adopt measures for it. He also said that it is difficult to face such crimes by the country themselves. Everyone should be together to fight against crypto crimes.

The attorneys from Singapore, Thailand, Turkey, Russia, Hong Kong, Australia, and Malaysia were present in that discussion. Out of them, Singapore got the limelight because its government boosts the development of legal frameworks like Blockchain Technology.

According to Arminsyah, this legal training will help the countries to fight against crypto crimes and setnew rules for crypto assets. He hoped that there would be formal coordination between the trainees. But, the informal cooperation between the prosecutors, police, and customs help in providing the information, data advice as well as other facilities they need from each other.

In the current scenario, there is an involvement of Bitcoin in criminal activities. According to a recent report in July, the expenditure of Bitcoin darknet is comparatively 800 times less than fiat currency.