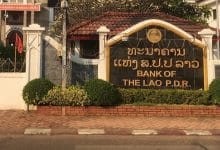 The central bank of Vietnam also known as the State Bank of Vietnam, and the central bank of Laos called the Bank of Lao PDR has held a conference two days back in Vientiane and discussed certain ways to cement ties and foster their bilateral cooperation. The move is expected to augment the cooperation between the two South-East Asian nations through collaboration in areas like information technology, technical know-how, and the banking sector. The governors of the Vietnamese central bank Le Minh Hung and Sonexay Sithphaxay of Laos evaluated and recapitulated the achievements of both the nations in the areas of financial and currency cooperation for the previous year.

Sonexay remarked in the conference,

“In Laos alone, there are difficulties in budgetary deficit, an increase of public debt and the liquidity problems of some state-owned commercial banks. However, political and economic affairs remain stabilized.”

He also talked about how the financial sector was going through a difficult phase with many stumbling blocks being posed in the form of the US-China trade war, the global and regional economy’s recessionary trend and fluctuation in the global fuel prices and the value of the US dollar. Besides other relevant issues were discussed in the meeting such as management and supervision of public sector commercial banks, payment mechanisms, the prevailing macro-economic conditions, currency fluctuations, etc.

The Vietnamese governor also said in this context that the two banks would keep striving to generate as well as maintain a conducive environment and favorable conditions to promote trade and investment in both the nations and boost cooperation through the commercial banks. Moreover, a few months back, the Bank of Lao had issued a notice to the commercial banks of that country as well as to the businesses and other public members to stop the purchase and sale of cryptocurrency. The Lao bank also warned the public against using crypto assets for monetary transactions as trading in cryptocurrency was illegal and banned in the Vientiane province. This news was also publicized in Vietnam by the Vientiane Times to not only draw attention to the warning issued by the Lao Bank but also to reiterate that cryptocurrency trading was illegal and prohibited in the country.

The September 17 meeting was concluded with representatives of Vietnamese firms based in Laos talking about their experiences regarding business operations with the central bank officials of both the countries. Two memoranda of understanding were also signed and undertaken for increased cooperation in the field of information technology and other technical areas. Both sides firmly resolved to develop and sustain an atmosphere of partnership and investment in each country in order to accelerate the development of the banking and financial sectors. A few Vietnamese commercial banks like Vientin bank, Vietcom bank, LaoViet bank, Sacom bank, MH, and SB functioning in Laos are already facing certain issues. The broad framework of the meeting provided an opportunity to seek cooperation and affiliation in various sectors of banking and finance along with an exchange of views among high officials of both the nations.