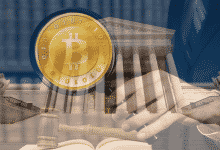 In a first, a person at a prestigious position has disclosed that he possesses cryptocurrency. The head of the Judiciary committee of the United States of America has revealed that he has cryptocurrency. A congressman Bob Goodlatte has stated that he has an amount of $17000 to $80000 in the form of digital currency; he came out and disclosed this in his yearly financial disclosure statement. This statement was disclosed by Goodlatte on the 10th of May when new rules were being made regarding the holding of digital currency.

These new rules stated that all the members in the House must disclose all the cryptocurrency they have if its value is above $1000 and also the transactions of over $1000 should be reported immediately. According to the disclosure statement, it can be believed that Goodlatte has invested in BTC, that is, Bitcoin, as well as also in important coins like Ethereum and Bitcoin Cash. He is one of the first authorities in the country to disclose his investment in cryptocurrency. Also, it has been found that the son of Goodlatte is an investor in Coinbase; however, not much has been clarified regarding that right now.

In spite of several extreme opinions towards cryptocurrency amongst legislators and law makers in the market, it can be believed that not everything looks bleak as far as the perspective towards this sector is concerned amongst legislators and law makers. Moreover, there is an enhanced sense if goodwill towards cryptocurrency and blockchain technology.