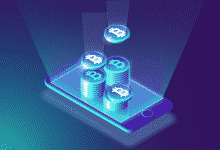 Anybody who has to enter the crypto space has to make use of the blockchain/crypto wallet. Setting up a cryptocurrency wallet is the prime step. A crypto wallet will allow users to purchase, hold, spend and sell crypto coins. Market players have developed their respective crypto wallets, and hence users have many options to choose from.

Ledger and Trezor crypto along with desktop wallets like Jaxx or Exodus offer great wallet services with speedier procedures. There are other online wallets too, such as Coinpayments. Even blockchain.com has its own wallet. Most of the crypto wallets support multi-currencies, which means, trading in different cryptos and spending different cryptos is possible through one wallet itself.