Sentiments play a crucial role in determination of Crypto price 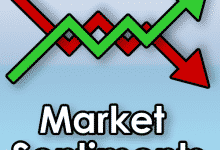 The determination of the cryptocurrency price depends on various other factors, other than just technical and fundamentals, such as Rumors, fear, and hype which usually gets ignored by the institutional traders who consider only the technicalities to arrive at an estimated price. The sentiments also play a very crucial role in determining the price of a crypto asset and to anticipate such sentiments associated with the crypto market is very difficult. There is no defined process which would enable us to measure and plot the emotions on a chart, due to which generally such aspects are ignored by the traders and thereby makes it difficult for traders to arrive at a correct price.

Robert Shiller, a Nobel Prize winner in economics stated that “Bitcoin is a social phenomenon.”

Those who are able to predict the market emotions correctly always have a competitive edge with the rest of the traders in the market. But how does one anticipate such a thing?

Just accepting the fact that psychology plays a vital role in driving market is one part of the story, the actual success lies in measuring those emotions and utilizing them to make an actionable, data driven trading strategy. This study and measure of psychology are called as ‘Sentiment Analysis.’

Over the last ten years, the curiosity and awareness in such Sentiment Analysis have grown considerably.

Further, it’s quite easy to gather some kind of information either positive or negative among the public for a particular company or cryptocurrency project. Suppose, few influencers spread some sort of negative rumors in the market about bitcoin, it would immediately create a negative impact on its trend, and the investors would react accordingly. As per recent research, it is concluded that crowd psychology has played a very important role in driving the crypto pricing.

Now the question is, how to predict and measure such sentiments. All the social media updates such as Twitter, telegram, news headlines, forum comments sections or any other platform through which the company information is getting publicized needs to be considered while anticipating the cryptocurrency price as even one source of information would influence the market trend. However, it is not so easy to handle this situation, and hence a single person is not enough to deal with the same. This particular analysis can only be managed by artificial intelligence.

The recent combination of AI and social media data would enable to provide the hedge funds the data required which would assist them in assessing the market sentiments.

As per the report of crypto research and fintech analysis firm, Autonomous Research LLC, published in August 2018, it stated that the value of the majority of the crypto hedge funds has reduced by 50 percent from its original value during the current year which has also lead to various funds closing down their business. With the bear market still continuing, the panic always shadows the investors which makes them take unreasonable decisions basis their emotions and as such emotions play a major role in deciding the price trend. Such factors make the consideration of market sentiments even more critical.

A research was recently published by Yale economists which revealed that the nature of cryptocurrencies is entirely different when compared to the other class of assets and they behave in a very different manner. It also stated that such behavior of the crypto assets could be projected by studying and analyzing the market sentiments.
As per the Ivy League economists, the price trend of the crypto assets are primarily linked with the amount of social media references it receives on various social media platforms such as Google, Twitter, etc.,

Further, the so-called “crypto winter” is still affecting the hedge funds and the investors at large thereby putting a question mark on the sustainability of the investors in the market. A clear answer to this would be – those who are strong enough and able to adapt quickly to the changing circumstances will only be able to handle the market pressure and sustain.