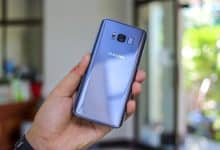 We all have heard about the Galaxy S10, but did we know about the cryptocurrency wallet it has revealed for its recent launch? According to a report by CoinDesk Korea, the Samsung Blockchain is currently compatible with ether (ETH) and Ethereum-based ERC20 tokens. The report also said that the wallet does not support Bitcoin. The reason, however, is yet to be ascertained.

The plus point is, it also supports four DApps or decentralized apps at launch. These include Enjin, the Crypto gaming platform; Cosmee, which is a beauty community; Cryptokitties, which is the crypto collectible platform and CoinDuck, which is the merchant payment service.

The news flooded the electronic media after the company’s first confirmation that it would offer private cryptocurrency key storage on the S10 range. The first details of the storage solution, “the Blockchain Keystore” has three broad features: payments to merchants, digital signatures and Cryptocurrency storage and transfers.

The wallet app can only be downloaded on Galaxy S10 phones from the Samsung Galaxy store. The company, however, said that it plans to expand the service to more devices and cryptocurrencies in the future.

As per CoinDesk Korea, the Blockchain Wallet will be used along with Blockchain Keystore and is designed to simplify the transaction process for new users. Through the CoinDuck DApp, users can also make payments to merchants. Users just have to enter the amount to be paid, scan a QR code providing the online or offline merchant’s wallet address and press the accept button and the payment will be made through the Samsung Wallet. Meanwhile, speaking to the media CoinDuck’s parent company, Chain Partners, said:

“It was inconvenient to copy the address of the merchant’s wallet and paste it into the personal wallet. We have dramatically improved the usability of CoinDuck and Samsung Blockchain Wallet.”