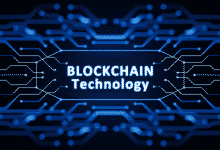 As per a press release dated 16th of January, IBM has entered into a partnership agreement with MineHub Technologies to provide a blockchain solution to enhance the smooth functioning of the supply chain management with respect to the mining and metal industry. The initiative was announced by IBM via a press release.

IBM is one of the major technology company, and MineHub is an innovative technology driven company engaged in developing cost-saving applications for the mining and metals industry.

This newly announced supply chain platform will be based on the cloud-based IBM Blockchain Platform and will be powered by the Linux Foundation’s Hyperledger Fabric. The current inefficiencies within the global mining and metal market is estimated to be around $1.8 trillion, which the newly built platform targets to tackle. The inefficiencies include an enormous amount of paperwork, handbook data processing and inadequate transparency between supply chain parties. The platform is also developed in such a way so that it can also improve the logistics and financial services thereby resulting in a lower cost.

Vince Sorace, The Founder, and CEO of MineHub. Stated “We are delighted to be working with some of the most forward thinking and innovative companies from each area of the mining and metals industry. By digitizing the supply chain, we can increase the level of automation, reduce reliance on intermediaries and increase the speed at which goods are transferred from miners to end buyers. This creates the opportunity for transformative efficiencies and cost reductions throughout all aspects of operations, this is a significant advancement for an industry looking to integrate and use data in ways not previously possible. ”

Further, as per the company’s strategy, the supply chain process will be digitalized by the creation of ledger which will be shared with the parties involved. This ledger shall provide a collective, real-time view of transactions and data flowing through the supply chain. The data shall be accessible only to authorized participants.

The press release further stated that the platform will “increase the level of automation, reduce reliance on intermediaries and increase the speed at which goods are transferred from miners to end buyers.”

The Global Head of Metals and Mining at ING, Arnout van Heukelem, said, “As a global leader in banking in the metals and mining sector, we feel many of the operational challenges that our clients face. Blockchain has the potential to reduce or even overcome these, as shown by our pioneering work in energy with VAKT, in trade finance with Komgo and Voltron, and in the soft commodity sector. I am excited to be working together with MineHub and help our clients in metals and mining lower costs, increase transparency and contribute to sustainable production and trading.”

In September, Chow Tai Fook, running a retail jewelry shop based in Hong Kong, apparently put records of few of its diamonds on a distributed leger developed by blockchain startup – Everledger and protected by the IBM Blockchain Platform. Such a process will facilitate the retailer’s clients to determine the source and genuineness of the gems that are being sold in its T Mark-branded stores.