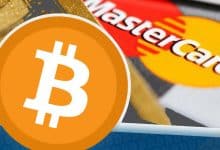 Mastercard has gone on to say that while there are no hindrances as far as the transfer of fiat currencies is concerned, in the financial transactions, the same thing cannot be said about the transfer of crypto currency. There is lack of smoothness as far as dealing with crypto currency is concerned that leads to a lot of hassles for the users of crypto currency which are expected to be avoided through this move. Mastercard has also brought to attention that there is a lot that separates crypto currency from traditional currency. Too often, it is this that irks people and prevents them from entering crypto currency. About this, Mastercard states that bringing the system together can lead to the reduction in the difference in image between the two systems and also the benefits of anonymity be maintained as well as, there is an increased convenience for the users.

So far so good, however, several eyebrows have been raised as to the incentive clarity of Mastercard. There is a long way to go and it is yet to be determined how this new venture turns out.