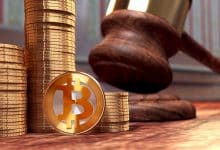 The Bangkok post recently revealed that Thailand’s National Legislative Assembly has officially permitted the issuance of tokenized securities on the blockchain.

As per the post published in the paper, the government would be modifying the prevailing guidelines of the Securities and Exchange Act. The amendments in the guidelines would take come into effect by the end of 2019 and once the changes are in place, tokenized securities such as stocks and bonds will be allowed to be issued on the blockchain.

The Thai Securities and Exchange Commission (Thai SEC) would also issue supplementary rules and regulations for the crypto industry in order to assist the crypto platforms in seeking securities depository license. As per Tipsuda Thavaramara, Thai SEC deputy secretary, the regulator would also permit businesses that act as depositories of securities and digital tokens to apply for such licenses.

Pariya Techamuanvivit, director of the corporate communication department at the SEC, stated that “it’s possible to launch an STO, a type of blockchain-driven financial security that gives investors some rights to the company, under Thai securities law. The SEC can provide legal clarity on whether securities can be issued in the form of digital tokens. Whether an STO is regulated under the Securities and Exchange Act or the digital asset royal decree, this will depend on features of rights and obligations associated with that token.”

As per the royal decree, if the characteristics of a financial instrument fall within the prescribed definition of securities such as stocks, bonds or mutual fund units, which has been prescribed in the act, then such instrument would be regulated under the act even if they are in the form of digital token.

For instance, a token that allows its holders to get same rights that prevails within a stock, such as a right to share profits, receive dividends and vote, would still be deemed to be securities under the act.

Similarly, a token whose issuer is bound to pay token holders interest and repay principal would be deemed to be a debt instrument under the act, irrespective of its tokenized form and whether such token is issued on the blockchain.

“For the licensed digital asset exchanges, brokers, dealers or recognized ICO portal, they must apply for a relevant license if they want to provide STO-related services,” Mr. Pariya added.

At the beginning of this year, the Thai Ministry of Finance had issued digital asset business licenses to four crypto-related firms as per the suggestions given by the Thai SEC Board. However, two other applicants did not meet the required SEC rules leading to which their applications got rejected.