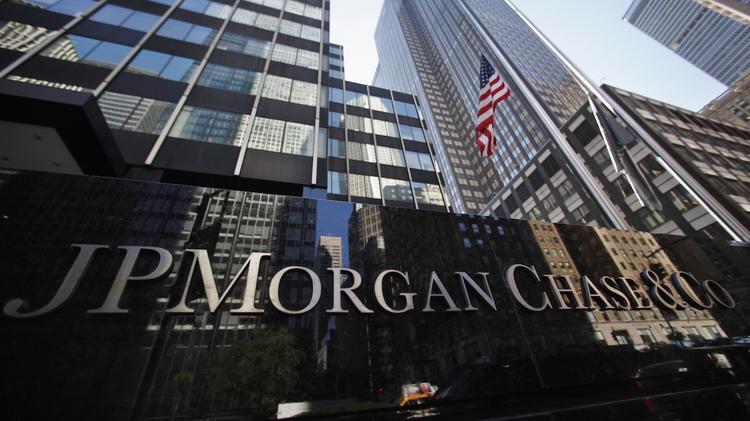 JPMC currently handles a transaction of over $6 trillion globally per day for businesses in its wholesale payments business. The new currency termed as “JPM Coin,” would be launched in a couple of months and would be handling a part of the above stated business transaction. The coin is created by engineers at the New York-based bank to clear up payments among different parties instantaneously.

J.P. Morgan is equipping itself for the future when the majority of the transaction right from international payments to business loan disbursal would happen via blockchain. And to keep itself in the run for that future the bank would be requiring a mode to send money instantly at high speed instead of depending on the traditional technology like wire transfer that consumes a lot of time to transfer money.

Umar Farooq, head of J.P. Morgan’s blockchain projects stated that “So anything that currently exists in the world, as that moves onto the blockchain, this would be the payment leg for that transaction. The applications are frankly quite endless; anything where you have a distributed ledger which involves corporations or institutions can use this.”

J.P. Morgan has recently come up from the wrecks of a financial crisis that was almost at the verge at disrupting the banking company, and at such a time, this new technological development in the form of a new coin surprises many.

By its launch, it would become the first real-world applications for a cryptocurrency in the banking sector. But the industry has categorized the asset class as being highly risky. In the previous year, J.P. Morgan and two other lenders had prohibited the purchase of bitcoins through credit card by the customers. Even Goldman Sachs was exploring an idea of forming a bitcoin trading desk, which it scrapped later.

Further, according to the opinion of the J.P. Morgan CEO, Jamie Dimon, there are even other relevant major differences in between the bank’s crypto and bitcoin that would not be fruitful for the associated investors.

As each JPM Coin is redeemable at a rate of single U.S. dollar, the value of the coin would not fluctuate and the would be almost similar to stablecoins. Clients would receive the coins after depositing dollars at the bank. Later after using the tokens for a payment or security purchase on the blockchain, the bank would discard the coins and issue an equal amount of dollars to the clients.

As per Farooq, there are three early applications for the JPM Coin. The first relates to international payments by big corporate clients. Currently, such international payments take place via wire transfers between various financial institutions via the traditional Swift networks. With the launch of the new payment system, the institutions will be able to reduce the time taken for transactions as the payment would be processed on a real-time basis and would not depend on the banking hours which varies from country to country.

The second relates to securities transactions. During April last year, J.P. Morgan had tested a debt issuance on the blockchain by forming a virtual simulation of a $150 million deposits certificate for a Canadian bank. The traditional wire system to purchase the issuance results in a time gap between settling the transaction and being paid for it. Instead of depending on such a traditional system the institutional investors may utilize the token being released by JPMC and experience instant settlements.

The third would be for the use of large businesses that deploy J.P Morgan’s treasury services business to substitute the dollars that they hold in their subsidiaries globally. Unknown to the retail customers, JP Morgan currently manages a substantial portion of the world’s regulated money flows right from companies such as Honeywell International to Facebook for various business activities like employee and supplier payments. This sector garnered around $9 billion in revenue last year for the bank.

Farooq stated, “Money sloshes back and forth all over the world in a large enterprise. Is there a way to ensure that a subsidiary can represent cash on the balance sheet without having to actually wire it to the unit? That way, they can consolidate their money and probably get better rates for it.”

He further added that “Pretty much every big corporation is our client, and most of the major banks in the world are, too. Even if this was limited to JPM clients at the institutional level, it shouldn’t hold us back.”